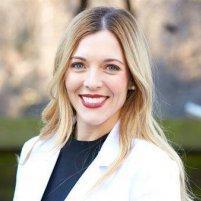 Aesthetic Institute of Manhattan for Facial and Plastic Surgery

Facelifts can remove years from the face and neck by lifting, tightening and toning for a more youthful appearance. The Aesthetic Institute of Manhattan for Facial and Plastic Surgery with Dr. Archer is a leading practice for face and neck lifts for men in and around New York, NY, offering top-quality, state-of-the-art treatment for optimal results.

There are subtle but important differences between the male facelift and female facelift.   The three main differences are technique, incision planning, and complications.

A significant advantage to the facelift technique used by Dr. Archer is the ability to perform a graded approach.  The extended sub-SMAS facelift, or deep plane facelift, is divided into three types – Type I, Type II, and Type III – depending on the degree of skin thickness, fatty tissue, and/or laxity.  Most males are Type III facelifts due to their thick neck tissues and gravitational effects.  The Type III technique involves an extended approach to lift the cheek and neck skin.

Bleeding under the skin (hematoma) after a facelift surgery can be a complication.  Hematomas are more common in males due to increased vascularity of the skin in the beard distribution.  To prevent a hematoma, Dr. Archer uses small drains during the first 24 hours after surgery.  This has been shown to significantly decrease the rate of reduce the occurrence of hematoma.

Why are facelifts performed?

The face is often the first area of the body to show the signs of aging, developing wrinkles and creases as well as a looser, less toned appearance and a rougher texture, all of which can make a person appear much older than they feel. Years of sun and other types of environmental exposures, weight gains and losses, chronic stress and disease, genetics, hormones, smoking and other issues can contribute to aging in the face and the neck. Facelifts and neck lifts are performed to reduce or eliminate these issues, smoothing out skin and removing excess skin and other tissue while repositioning the muscles so skin looks and feels firmer, smoother, more resilient and more youthful.

What specific issues can a facelift address?

Facelifts and neck lifts can address a broad array of issues that develop with age, including:

What should I expect during a facelift?

Procedures can vary based on the extent of the lift and the types of issues that are being addressed. Prior to any procedure, the facial structure will be carefully evaluated and patient objectives and expectations will be addressed to ensure the best approach is used. Both facelifts and neck lifts are performed as same-day or outpatient surgical procedures, which means patients will go home shortly after their treatment is completed. Care instructions will be provided along with pain medication to reduce discomfort in the initial stages of healing. Follow up appointments will be scheduled soon after the surgery so the area can be assessed and sutures can be removed.

What should I expect in my consultation?

In your consultation, Dr. Archer will review the technique, incisions in detail, downtime, and expected results of a male facelift.  Three-dimensional imaging will be used in your consultation to demonstrate possible before and after results and to show exactly where the incisions will be placed.  To see her as a patient, please call us at (212) 971-1394.